The quarterback is responsible for leading and controlling the huddle.  When a young quarterback beginnings their quarterback training, they must quickly grasp the concept of multitasking.  The QB must not only know what play is being called, but they must also know where everyone in the huddle is supposed to be and what they are to do.  Tom Brady, Drew Brees, and Aaron Rodgers are 3 of the best quarterbacks in the NFL today.  Their command of the huddle, ability to stay calm, experience with reading defenses and how to make the appropriate changes with audibles at the line of scrimmage are features that every athlete should incorporate in their quarterback training.

We’re going to talk about something that is so important to a quarterback. Who is commanding the offense on the field? We’ll also talk about the keys that defenders look for; in particular, are we giving anything away? Let’s take a peek at our tendencies.

So, What’s Involved with Huddle Discipline?

1) Be The Messenger! You provide to the other 10 men the instructions you’ve been given by the Coach. Look and listen to the play that’s called.

2) Be Clear and Concise! Open your mouth, speak clearly and say the play twice. Go from left to right or right to left and look at everyone in the face. Let all 10 men see your teeth and tongue!

3) Be The Only Voice In The Huddle! When instructions are given by you, no one else talks. Listen to the 10 men before or after the huddle, but be the only voice when you are in “Messenger Mode” to ensure everyone can get the instructions. 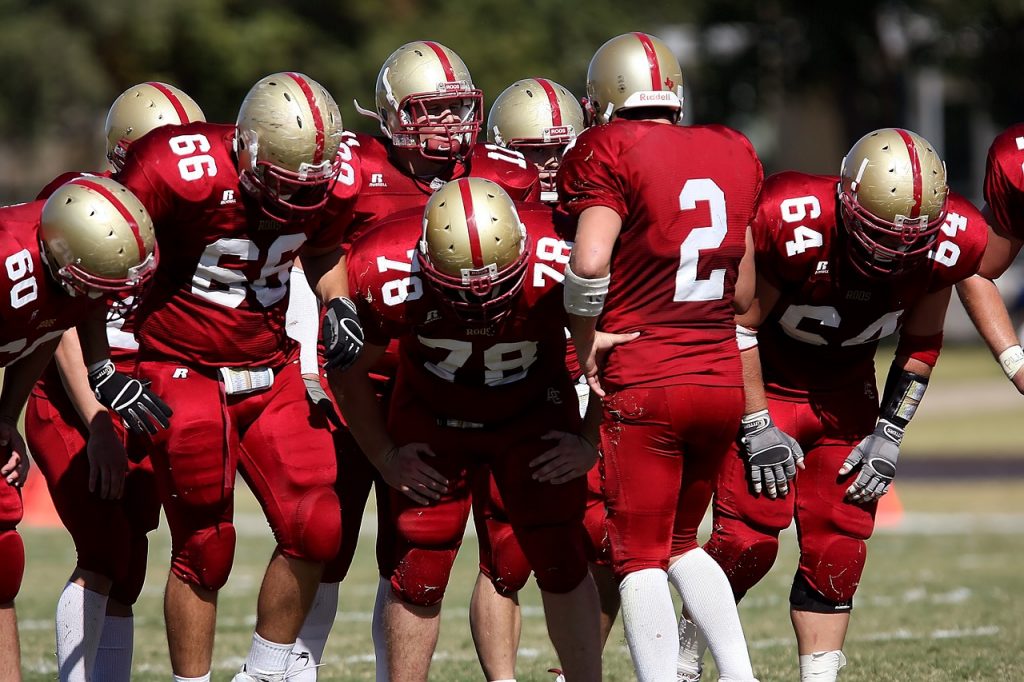 So what’s the most important component of the 3 steps in Huddle Discipline?

Be Clear and Concise!

The message will never be missed, and everyone will understand you clearly.

Are You Tipping The Discipline?

Like Poker, Football also has opportunities to find tells, certain indications of what offensive plays your quarterback will be executing out of the huddle.   Quarterbacks have been videotaped touching towels of the center to indicate a pass play, adding particular words to the play call, or making repeated gestures with their hands or feet.  Any and every advantage that the defense can get, they will take.  Even the best tip their plays.  In big moments, with the game on the line or playing in a hostile environment, it is important that young quarterbacks revert to their quarterback training.

The defense prepares and studies weekly just as much as the offense does. It is imperative that your quarterback checks his posture on pre-snap installing Football Games On Phone. What do I mean by posture? Where are his hands and feet positioned? It is pivotal to be consistent on run plays and pass plays. You don’t want your QB giving away a pass play by his body language. Everything has to be the same. Look at the illustrations below.

Football as a sport is advancing with technology.  Phones, tablets, and cameras can now provide angles that even the network television cameras are unable to capture.  Plays are becoming more intricate in an effort to deceive opponents who may or may not be making video notes of the plays that a quarterback is calling on offense.